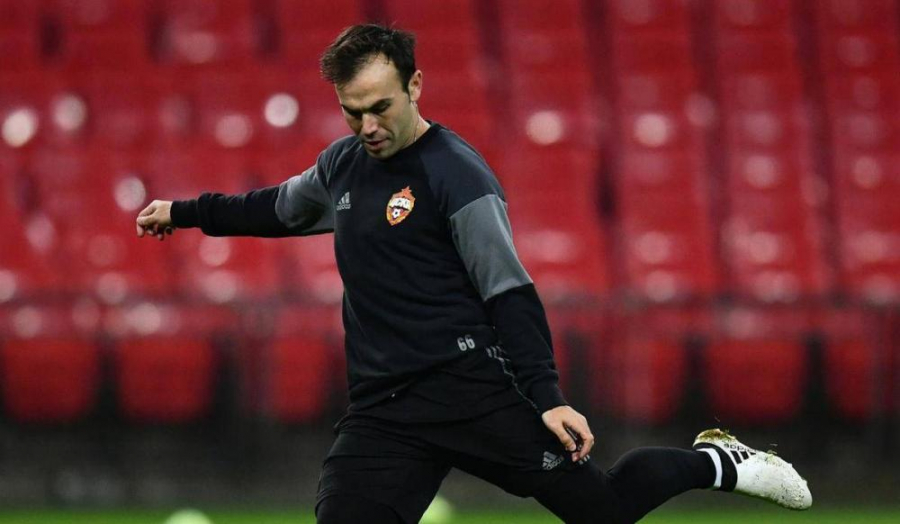 Exclusive: The Circassian central midfielder hopes to make his late father proud once more when CSKA Moscow take on Arsenal in the Europa League quarter-finals.
By Michael Yokhin | The Independent

These are emotional and significant days for CSKA Moscow midfielder Bibars Natcho. Less than two weeks ago, he made history by becoming the first Muslim and the first Circassian to captain the Israeli national team, in a friendly fixture against Romania. On Tuesday, the family marked a decade since Natcho's father Akram died suddenly and unexpectedly of cardiac arrest, and it is impossible to ignore the symbolic proximity of the two events.

"It is a great honour for me to be the national team captain, and it was one of my dad's wishes," Natcho tells The Independent ahead of the Europa League clash against Arsenal on Thursday. "I have always known what he wanted from me. My dad's influence on me as a person was immense. He thought that I should become a leader everywhere I go – not just another player in the squad. He was very proud when I captained the youth teams at all levels. It was only natural that doing the same for the senior national team became one of my targets. I am glad to gradually make all my dad's wishes come true."

The Circassians are an ethnic group, most of whom live in Russia and Turkey, but there are communities in the Middle East as well, including about 5,000 people in Israel. "The captaincy is important for our community. I have always felt their support, and it is a very special moment for them as well. They are proud," Natcho says.

Natcho, who grew up in the town of Kfar Kama in northern Israel, is a devout Muslim, yet it is important to understand the huge difference between the Circassians and the Arab minority in the country. By getting the armband, though, the 30-year-old star thinks that he broke the glass ceiling for all Muslims.

He explains: "I don't know what each of them is feeling, but it is obvious that history has been made. The glass ceiling has been broken, and I am certain that everyone who believes in peaceful coexistence of different cultures and religions is glad to see that, whether he is Jewish, Muslim, Christian or someone else.

“In the national team, we are a united group. We don't put emphasis on religious differences. My teammates congratulated me and wished me luck – and that was all.”

Not everyone in Israel is happy, however, because the midfielder doesn't sing Hatikvah, the national anthem that focuses on Jewish motives. Former West Ham and Celtic star Eyal Berkovic, nowadays a prominent TV and radio host, claimed that the national team captain must sing the anthem, and a person who refuses to do so isn't worthy of wearing the armband.

"Those people can't hurt me,” responds Natcho. “They are only making such claims in order to get some publicity and attention. It is unfortunate that they are trying to destroy our beautiful country, but we have to live with that. Everyone can say whatever they want. We don't have to listen.”

Former Israel captain Eran Zahavi, who retired from the national team last year, offered Natcho his full support, claiming in an interview to the Walla website: "This is the national team of Israel, not of the Jewish people".

Natcho is currently Israel's most successful player in Europe. He left Hapoel Tel Aviv for Rubin Kazan at the beginning of the beginning of 2010 and flourished under the guidance of the legendary coach Kurban Berdyev. After a short spell at PAOK, he signed for CSKA in August 2014, and has been a key player in midfield for the majority of the four seasons that he’s spent in the Russian capital.

The best match of his career arguably was in the 2-1 win at Manchester City in the Champions League in November 2014, when he provided two sublime assists for Seydou Doumbia.

"That game easily springs to mind, and I must say that there have been a lot of positive experiences when facing opponents from England,” Natcho remembers. “I scored the winner against Tottenham in the Europa League for Rubin Kazan in 2011, and netted two penalties against Chelsea as well in 2013.”

That is why missing out on the trip to Old Trafford in the Champions League this season was a big disappointment. "It is unfortunate that I was suspended for the big game against Manchester United. But now we are coming back to England to play against another quality team, and that is very exciting," he says.

What about the chances against the Gunners, then? After sensationally beating Lyon in the previous round, Natcho and CSKA are not ready to go out in the quarter-finals without a fight. "Arsenal are a good team, but we believe in ourselves. I am looking forward to two games of high quality.

CSKA have been experiencing significant financial problems for the last few years, almost unable to sign new players, and yet managed to remain successful nevertheless, winning the Russian Premier League title in 2016 and performing in the Champions League on constant basis. This season, they went further than other Russian clubs in Europe, and still hope to finish top of the league. Natcho loves the fighting spirit and sees similarities to his own roots.

"At CSKA, we are always able to overcome difficulties. Our dressing room is united, we play with a lot of heart and give everything on the pitch. We never give up. In a way, there are common lines with the Circassian ethos, because the Circassians never give up too," Natcho smiles.

Arsenal have been warned. CSKA would love nothing more than to shock them, and for the Israeli midfielder that is another opportunity to honour the memory of his late father. Akram Natcho would have been proud to see his son reach the Europa League final and continue to make history – and such a feat is feels almost within reach.

Arab players have made a significant contribution to the Israeli national team throughout the years, and former Wimbledon midfielder Walid Badir is one of the country's most capped players. Today, Brighton midfielder Beram Kayal and Eintracht Frankfurt defender Taleb Tawatha are important players in the squad, while Maccabi Netanya striker Dia Saba is a rising star. All of them are of Islamic faith. 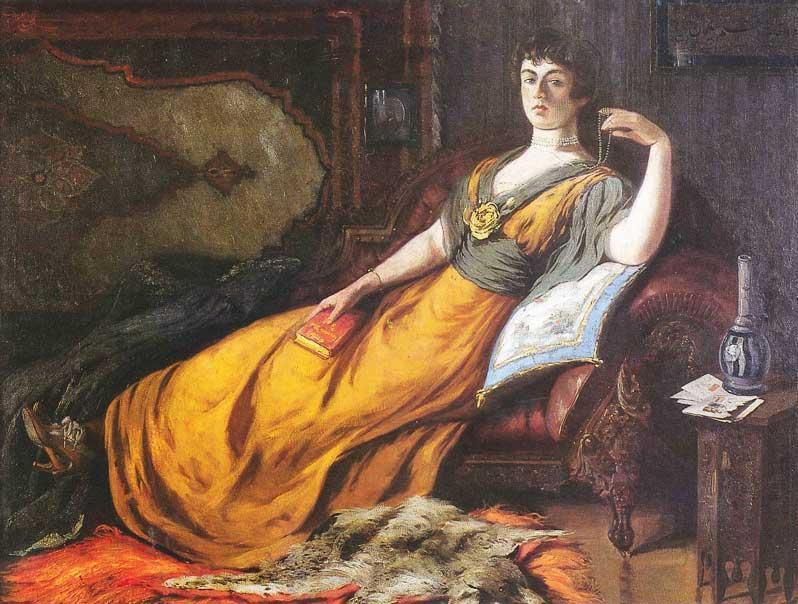 Статьи
Circassia, home of the world’s most beautiful women